Posted on Wednesday, June 28th, 2017 by Peggy Amor
In Accolades, Culture, tagged in 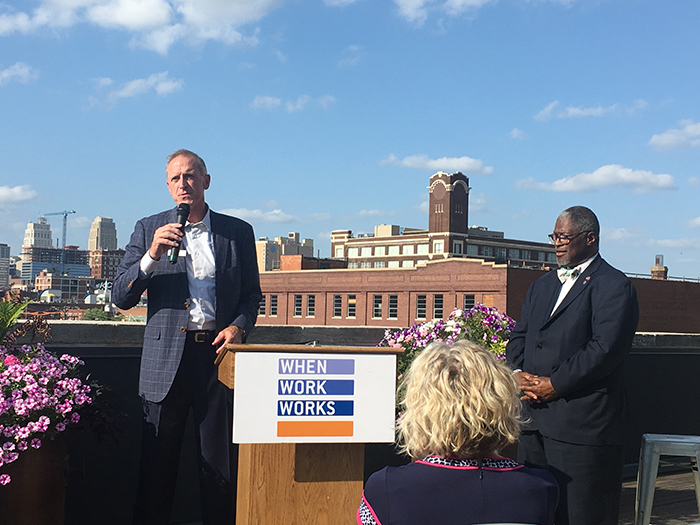 Affinis has had a flexible work environment since opening its doors 16 years ago. With that in mind, it comes as no surprise we received our second, When Work Works Award, which was created to celebrate companies who provide flexibility. Today, our president, Rick Worrel and manager of recruiting and retention, Cindy Martens, are sharing […]

Posted on Wednesday, June 21st, 2017 by Peggy Amor
In Community, tagged in Jason Davis is graduating from Leadership Overland Park tomorrow. Hosted by the Overland Park Chamber of Commerce, it is an annual program designed to provide a source of motivated leaders. It offers information about the community and its issues, along with leadership training. Over the years, we’ve had a number of co-workers participate in the program. Many […] Prior to our 159th Street improvements between Metcalf and Nall, Blue Valley High School had been experiencing traffic congestion on 159th Street for an extended period of time. Safely making left-hand turns out of the school’s entrances during peak hours was becoming increasingly difficult. Cars were often stopped for long periods of time, forcing other […]