The City of Overland Park, Kansas wanted to improve safety along 179th Street, between US-69 and Metcalf Ave. While completing this project, they also hoped to prepare the roadway for a planned future expansion. To do this, they asked us, their engineer-of-record, to make key modifications to the designs.

Our survey crew began by completing a topographic survey for the entire half-mile project between the anticipated future right-of-way (ROW) limits. The information collected was used to make certain the traffic, stormwater, and roadway drawings were accurate, effective, and constructible.

With the data compiled and analyzed, our engineering team began planning the design. The project included rebuilding two lanes, adding shoulders, and flattening some of the vertical curves to increase sight distance. We were also responsible for improving the ditch sections and streamlining the intersection at 179th and Metcalf to improve safety and traffic flow.

Overland Park has plans to ultimately expand this section to four lanes. Three innovative modifications were made to the design to best meet the city’s goals. To save them money in the future, we offset the future four-lane roadway centerline and set grades to accommodate the future 4-lane section, while completing the design for the interim two-lane roadway, which will be the eastbound lanes of the future four-lane divided roadway. Along this stretch, an existing 30-inch water line was pot-holed throughout and coordination with WaterOne determined this facility could be left in place with no disruption to service during project construction. The city also wanted to preserve onsite excavation and asked us to make certain the ultimate section would reduce the amount of offsite fill required to construct it. This was accomplished by placing excess excavation material along areas where the future westbound lanes would need to be brought up to finish grade, as well as by flattening out slopes and creating temporary berms.

Stormwater management was another integral part of this project. The changes included altering the ditches and crossroad pipe installation. The riprap was also upgraded to control soil erosion.

To improve the intersection at Metcalf Avenue and 179th Street, a variety of changes were made. The existing design had a small rural city street, Metcalf Place, which connected to 179th Street within the influence of the intersection. In addition, a church, located on the corner, had a driveway that sat here as well. These factors created driver confusion. To streamline it, the driveway was relocated and placed west along 179th Street further away from the intersection. The public connection to Metcalf Place was also removed and converted into a private access drive. Now, it is used exclusively by the city or utilities. The area is characterized primarily by farmland with a single church on the corner. The adjacent properties are planned to be future commercial properties. This section of roadway provides an important gateway and access to Stilwell, Kansas. Because the church at Metcalf Avenue and 179th Street has regular, active services, it was important to maintain access during construction.

179th Street was constructed in two phases. Traffic from 179th Street was detoured onto 159th Street. Although the roadway was closed, local access was maintained throughout construction for the church and utilities. By closing the road, the contractor was able to complete the project in less than four months. 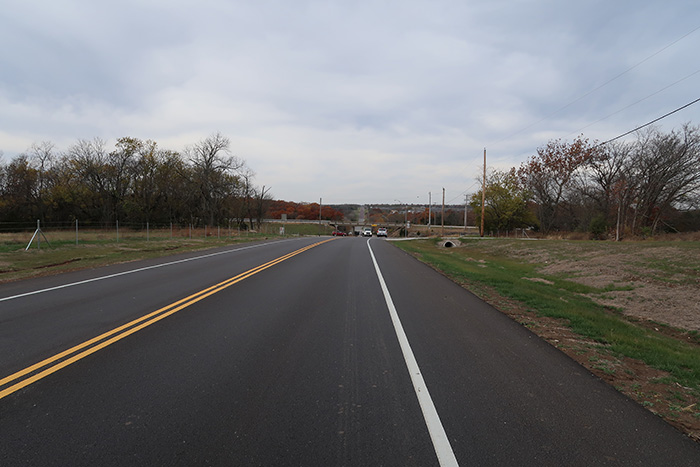 By making improvements to 179th Street, this section of roadway is now safer for drivers. It provides a seamless connection to surrounding communities and can be cost-effectively expanded in the future. Completed on-time and under budget, this project successfully fulfills the City of Overland Park’s goals.